Muscle cars are our passion. We are practically obsessed with them. There aren’t many things better than cruising around in a muscle car and feeling the surge of horsepower as you step on the gas. Nothing beats the feeling of getting behind the wheel, firing up the engine, and listening to the roar of the exhaust. Heck, we’ve been this way since the Bandit drove that black Trans Am out of the back of the Snowman’s trailer. In our latest Top List, we take a look at some of our favorite classic General Motors muscle cars from the last 20 years. Enjoy the ride. 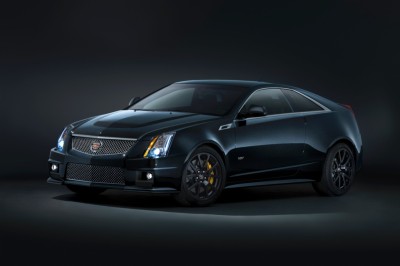 This car was a total shocker. Who would have thought a Cadillac would be one of my favorite muscle cars. With 556 horsepower and 551 lb.-ft. of torque, this car gives the Corvette Z06 nightmares. How could you not like a car that goes from 0–60 in 3.9 seconds? This is also one of the fastest and best handling cars we have ever driven. This beautiful car that can turn into a beast when you step on the accelerator and the Eaton supercharger comes to life. Once you drive this car, you know how Captain Kirk feels when he orders the Enterprise to hit warp speed and everything from that point is a blur. Cadillac definitely got this one right.

Sweet spot: Since the CTS-V comes as a coupe, sedan, and wagon, there is one for just about anybody that wants to own one of these awesome cars.

One of the first true muscle cars we’ve ever driven was a 30th Anniversary Camaro Z28. A low mileage one was for sale locally so we set up a test drive and were immediately hooked. The 285 horsepower LT1 sounded so good and the car was extremely quick. Even with an automatic transmission, this car could go from zero to crazy fast in just a few seconds. The Artic White paint and dual orange stripes helped to create a great modern day interpretation of the 1969 Indy pace car. SLP Engineering created a 305 horsepower SS version that included a functional hood scoop and SS specific wheels.

Sweet spot: The SS convertible and the LT4 coupe were limited production models. Less than 120 of each were built by SLP Engineering. Prices on the secondary market reflect their scarcity. 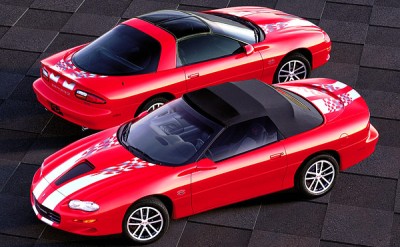 Chevrolet sent the fourth generation Camaro SS out with a bang. Bathed in Bright Rally Red paint and adorned with silver and red stripes, blacked-out wheels, and special 35th anniversary badging. Underneath all that beauty, Chevy tucked a 325 horsepower LS1 tuned by SLP Engineering. This Camaro was also handsome on the inside. Open the door and two-tone seats with embroidered 35th anniversary logos await the driver. For a breath of fresh air, remove the T-tops on the coupe or drop the top on the convertible.

Sweet spot: The 35th Anniversary SS was a great way to send off the 4th generation Camaro into the history books. Though not as rare as the 30th Anniversary SS, these should still hold their value in the coming years.

After a four year hiatus, Chevrolet brought back the Camaro in concept form in 2006. The concept was such a success that Chevy decided to bring the car to production in 2010. In 2012, the ZL1 was introduced and in 2013, the Z28 track version was unleashed. No doubt about it, the fifth generation Camaro helped bring back the second round of horsepower wars that raged back in the 60’s and 70’s. Several special editions have been created such as the Synergy Special Edition, Transformers Edition, and the 45th Anniversary Edition. With V8 power ranging from 400 to 580 horsepower, there’s definitely a Camaro available to fuel your need for speed.

Chevrolet conceived the ZR1 with the intention of it becoming the world’s fastest production car. General Motors’ Corvette division partnered with Lotus to craft the ZR-1’s 375 horsepower LT5 engine. That’s a lot of horsepower for 1990. The price was also big. The ZR-1 option doubled the price of the Vette and some dealers were charging nearly $100,000 for the car. By 1993, power had grown to 405 horsepower. In its day, this Corvette definitely earned its title as “King of the Hill”. It would be several years before another Corvette came along and knocked the “king” of its throne.

In 2009, Chevrolet brought back the ZR1 for the third time. This time around, the Vette is packing 638 horsepower and 604 foot pounds of torque. All this muscle makes this the most powerful Corvette ever built. On the track, the ZR1 can sprint from 0 – 60 in 3.4 seconds and boasts a top speed of 205 mph. A unique feature of the ZR1 is a polycarbonate window on the hood which allows visibility of the intercooler. With a sticker price of over $100,000, it is also the most expensive Corvette ever built. Compared to other supercars with similar features and horsepower, some may argue that this is a pretty good value.

Sweet spot: Buyers of the ZR1 have the option to build the actual engine that will be installed in their Corvette. For an additional $5,800, buyers can take advantage of the Engine Build Experience. 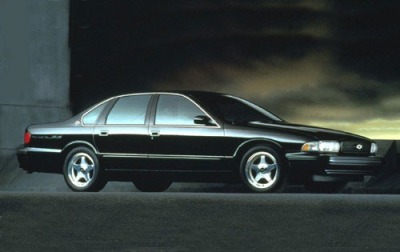 After a year 25 year hiatus, Chevrolet brought back the Impala SS. To create this version, Chevy dropped the LT1 packing 260 horsepower under the hood with a 4L60E 4-speed automatic. They also included goodies such as sport-tuned suspension, larger disc brakes, and dual exhaust. This was enough to propel the Super Sport from 0 – 60 in 7.1 seconds. When the announcement was made that 1996 would be the final year of production, prices surged greatly on new and used models. Dealers were asking sticker prices for used Impalas and marking up prices on new ones close to 30 grand.

Sweet spot: There are still low mileage Impalas out there up for grabs. However, prices for these are not cheap.

To commemorate 25 great years, Pontiac released a special edition coupe and convertible. Styling was reminiscent of the original 1969 model. This Poncho was painted in Bright White with a blue stripe running down the center of the hood, trunklid and spoiler. This special edition also featured a unique interior with white leather buckets sporting 25th Anniversary logos stitched into the seatbacks. Power was supplied by a 275 horsepower LT1 paired to a six-speed manual transmission. Just like the 1969 model, this Trans Am gathers lots of attention.

Sweet spot: Trans Am buffs tend to collect the convertible. Only 250 of these were built.

For some reason, we’re big fans of anniversary edition muscle cars. That’s pretty evident since four of them are in this top list. Just like the 25th Anniversary Trans Am, Pontiac fashioned the 30th Trans Am similar to the 1969 model. And just like the original, when facing down this behemoth, the most noticeable feature is the twin hood scoops. These breathe fresh air into a powerplant packing 320 horsepower. Walk around the side and the blue tinted 17-inch wheels with 30th Anniversary logos grab your attention. So does that rear decklid spoiler. That spoiler is what its competition sees the most. That and taillights once the light turns green.

Sweet spot: This was Pontiac’s last anniversary Trans Am before its last ride. Those who have one of the 1,065 coupe and 535 convertibles have a great piece of the Poncho’s history.

In 2008, Pontiac rolled out its newest performance car. Dubbed the G8, this rear wheel drive sedan was a rebadged Commodore imported from Australia by General Motors’ Holden Division. The G8 GT, which featured a 361 horsepower V8 mated to a 6-speed automatic transmission, could sprint from 0-60 in just over 5 seconds. For those willing to wait, Pontiac released the G8 GXP in 2009. This limited production model was Pontiac’s last true performance car. Only 1,829 GXP’s were built and imported for sale in the U.S. Used models are out there for sale but prices for low mileage GXP’s are pretty pricey. Get ready to shell out somewhere in the high 30’s if you want one.

Sweet spot: Those fortunate enough to have a G8 own the last great car by the fallen automaker.

It only took 30 years but Pontiac finally brought back the Great One in 2004. Like the G8, the GTO was sourced from GM’s Australian subsidiary Holden. This edition of the Goat was equipped with a 350 horsepower LS1, dual exhaust, and choice of a manual or automatic transmission. Changes for 2005 include the addition of the 400 horsepower LS2 and non-functional hood scoops. Some enthusiasts cried foul over styling but tend to agree that performance was a hit. After all, what’s not to like when this Poncho can run 0-60 in 4.6 seconds. This edition of the GTO would carry on one more year before being retired again. Sadly, this is probably the last time a new GTO will ever be produced since Pontiac is no more.

Sweet spot: A rare option for the GTO is the Sport Appearance Package. It included quad chrome exhaust tips, a modified spoiler, and recessed grilles.

If we had the garage space and tens of thousands of dollars in disposable income, we would probably have several of these cars in the HM garage. At least we could use the excuse that they will only increase in value and give usa substantial return on our investment.