Welcome to the latest edition of Muscle Car Milestones. If muscle cars are your passion, you’ll feel right at home here. We look at rare, limited edition, and even a few anomalies that have significance in the muscle car world. Here, we like to throw out the rule book, enjoy ourselves, and try to learn something new along the way. We’re here to have a good time and enjoy the ride. Let’s turn back the clock and look at the 1961 Chevrolet Impala SS 409. 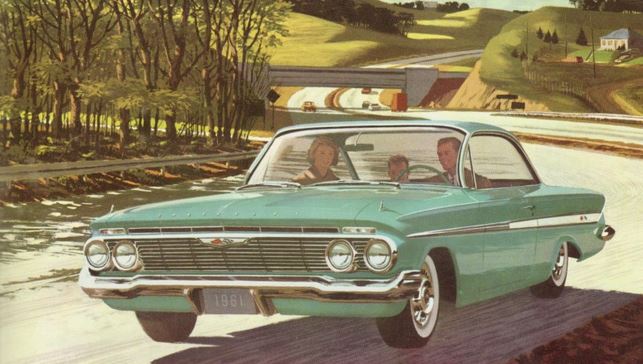 Every legendary muscle car brand gets its start somewhere. We all know the names. In 1964, Ford took a Fairlane, crammed a 427 V8 under the hood, and created the drag racer known as the Thunderbolt. The guys over at Chrysler gave the fabled 300 Series a 375 horsepower Hemi back n the late 1950s. For General Motors, the honor goes to the 1961 Chevrolet Impala SS 409. This was the first car Chevrolet gave its infamous Super Sport moniker. For $53.80, the SS package could be applied to any Impala that rolled down the assembly line. Heck, even the Beach Boys wrote a song about its fabled 409 engine.

“With all the new versions of Detroit cars being introduced this summer, a lot of car enthusiasts might think that Chevrolet’s new Super Sport falls into this classification. To be truthful, however, the SS package is a kit for the Impala, and Chevrolet is quite accurate in calling it so. But don’t misunderstand the work “kit”, as I did until I sat behind the wheel of a new Super Sport. This SS had a four-speed transmission, and when I floored it in second I got the impression that Chevrolet had made a mistake in labeling this car a Super anything—they should have called it the Incredible Impala!” Bob Ames, Motor Trend Magazine, June 1961 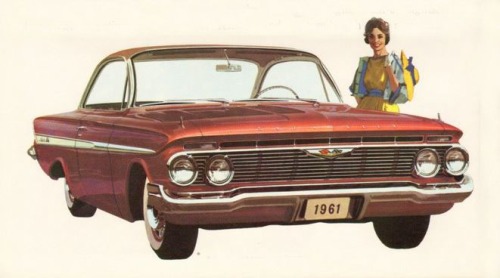 1961 ushered in new styling for the Impala. Gone were the fins that defined styling of the 1950s. Gone were the sweeping rooflines that were a fixture of the previous generation. The Impala was now sleeker and a little more subtle in design. That doesn’t mean this new car lacked clever styling cues or didn’t look the part of a muscle car. Nothing could be further from the truth. This new Impala looked as good if not better than anything rolling out of Detroit in 1961.

Drivers who checked off RPO code 240 for the Super Sport package in 1961 got a lot of performance upgrades for their money. For starters, there is special SS trim work, spinner wheel covers, and sintered iron brake linings. Inside, there is a padded dashboard with grab bar, 7,000 rpm Sun tachometer, and standard luxury items such as foam cushioned seats, extra-long armrests, and fingertip door releases. However, what most drivers wanted in the SS was lurking under the hood. Drivers could get a 348 cubic-inch V8 with horsepower ranging from 305 to 350 horsepower. However, those that wanted the real deal opted for the 409 cubic-inch V8 powerhouse. 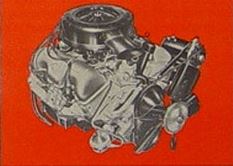 The 409 was a bored and stroked version of Chevrolet’s 348 V8 engine. It was rated at 360 horsepower and had a 11.25:1 compression ratio. Maximum torque was a massive 409 foot pounds. This brute, also known as the Turbo-Fire 409 came with a single Carter 4-barrel carburetor, aluminum intake, and solid lifter camshaft. The heads and engine block were crafted from cast-iron. Pistons were made from forged aluminum. Make no mistake, this engine was tuned for performance and speed. 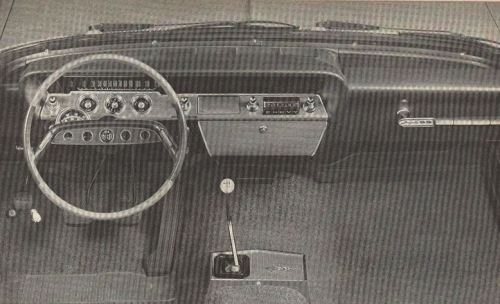 Chevrolet also gave the Impala SS some unique features not offered on other Impalas. Narrow-band 14×8 whitewall tires were exclusive to the SS. In order for the SS to handle and corner like a true muscle car, heavy duty shocks and springs were installed underneath. Also, features such as a chrome shift housing for the 4-speed shifter and tachometer mounted to the steering column are a nice touch.

To give you a perspective on the rarity of the 409, you have to look at the production numbers. Chevrolet built approximately 491,000 Impalas in 1961. A mere 453 were Super Sports and only 142 of those were equipped with the 409. This car was an instant collectible the year it was built. No wonder prices for these needles in a haystack can top $200,000. Even though the SS package was available on any Impala, including sedans and wagons, it is believed that none of these were fitted with the package. Buyers of a 1961 Impala SS should be extra careful when purchasing one of these rare beasts. Cloning an SS is not that difficult so finding a car with the original window sticker or build sheet is essential.

Many Chevys over the years have worn an SS badge. However, it seems the one that gets the most attention and recognition is the Impala. It’s the original, the one where it all started, and the one collectors have an obsession for acquiring. The moniker is so synonymous with performance that for 2014, Chevrolet is introducing a model strictly called SS. It appears the SS name is not going away anytime soon.