Remember in 1989 when VH1 held a contest and gave away a Corvette for every year from 1953-1989? The idea was the brainchild of VH1 producer and Corvette enthusiast Jim [...] 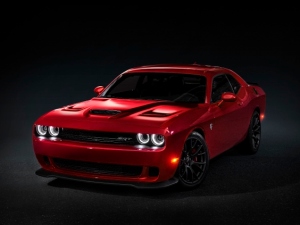 Dodge auctioned off the first production Hellcat Challenger at the recent Barrett-Jackson Las Vegas auction. When the gavel pounded, Rick Hendrick was the winning bidder [...]

Mustangs will be running wild this November in Las Vegas. Ford, along with Galpin Auto Sports, Petty’s Garage, and MRT, plan to show off over a dozen new ponies during [...]

The last known Nickey modified Chevrolet Camaro was recently offered at the Mecum Chicago auction earlier this month. Even with a top bid of $125,000, the yellow Camaro [...]