Anyone who has been to the Wellborn Musclecar Museum knows this place houses some of the finest examples of Mopar and other muscle cars. Over the years, Tim Wellborn has acquired many rare and unique Dodge Chargers, wing cars, and pony cars that rival any collection found anywhere. If any of these beauties has caught your eye, you just might be in luck. Tim has decided to auction several of these remarkable cars at the Mecum Kissimmee auction to be held January 16-25. Here are a few of our favorites from the upcoming auction. 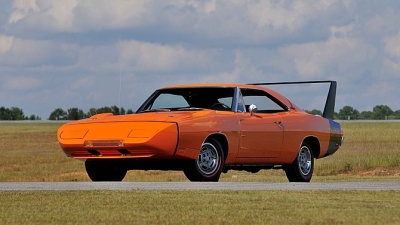 First up is an awesome 1969 Dodge Daytona. This car is being hailed as the only known special color Daytona. Decked out in Omaha Orange paint, this car features a 440 Magnum powerplant coupled to a 4-speed manual transmission. This beauty also features black bucket seats, Hurst shifter, and Kelsey Hayes wheels.

Another amazing car is a 1971 Dodge Charger R/T. The winner of this car will own a unique piece of muscle car history. What you see here is the last documented Hemi Charger ever produced. The car even comes with a letter from Chrysler stating it is the last Hemi Charger ever built. Except for a repaint, very little restoration has been done to the car over the years. It also comes with a significant amount of paperwork and documentation including the original window sticker and broadcast sheet. 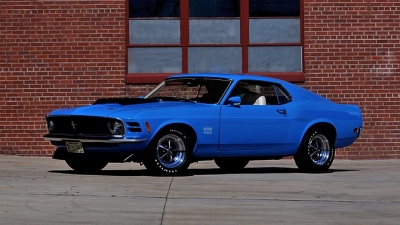 Even though Tim is known for collecting some outstanding examples of Mopar muscle, he has acquired a few other standouts from other manufactures. A perfect example is this 1970 Ford Mustang Boss 429. This car still features its original Grabber Blue paint and original white interior. What’s really unique about this car is it has only logged 4,770 miles since new. This car also features a 4-speed manual transmission and competition suspension.

To get the scoop on this awesome collection, head over to mecum.com.

By the way, if you’re in the Alexander City, Alabama area and have a few hours to kill, you should check out the museum. There’s always something interesting to see and the folks that operate the museum have always been friendly and willing to show us around. You’re missing out if you don’t go. Check them out at wellbornmusclecarmuseum.com.