The 2016 Chevrolet Corvette Stingray convertible is the latest addition to the HM Garage. The last time we took a first drive in the seventh generation Corvette, we were [...] 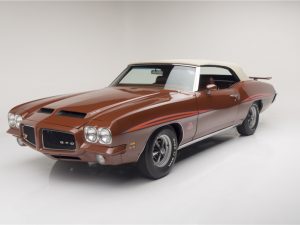 This rare 1971 Pontiac GTO Judge convertible is one of only 17 built for the 1971 model year. Check out that beautiful Castillian Bronze paint job! This beauty was treated to [...]

This past Saturday, three serial number 001 Corvettes were up for grabs at Barrett-Jackson’s Scottsdale auction. This exceptional trio was sold as a package with famed [...]