The 1970-1971 Plymouth Hemi ‘Cuda is the star of this edition of Muscle Car Milestones. For 1970, the ‘Cuda was all-new. The ‘Cuda’s pretty boy looks and fastback styling from the 1960s were now gone. In its place was a combatant with a more aggressive design and features, ready to take on what the Camaro SS 396 and Mustang Boss 429 could dish out. The 1970-1971 Hemi ‘Cuda was also no longer overshadowed by its crosstown rivals. Its time was now and it was out to make a name for itself. 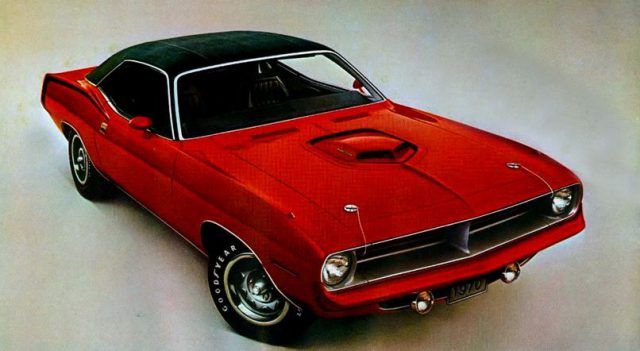 “It was love at first blast when our ex-funny car digger turned up the Stereo, buried his Size 12 in the water pump and blew the 440 Six-Pack’s doors back to Hamtramck.” Cars Magazine staff, May 1970.

Buyers had a wide range of V8 engines to choose for their ‘Cuda. However, those serious about performance chose either the 440 Six Pack or the behemoth 426 Hemi. The Hemi packed quite a wallop. Underneath that shaker hood scoop lurked a massive, dual-carbed V8 with 425 horsepower and 490 foot-pounds of torque. Those who opted for all this power knew those numbers came at a price. Checking off option code E74 on the order form tacked on a whopping $871.45 to the price of the ‘Cuda. In today’s dollars, that equivalent to $5,345! In contrast, the 440 Six Pack only cost $250. Buyers could choose between a three-speed TorqueFlite automatic or four-speed manual transmission for their Hemi ‘Cuda.

Very few 1970 Hemi ‘Cudas rolled off the Hamtramck assembly line. Only 652 hardtops and 14 convertibles were produced which practically made these instant classics. 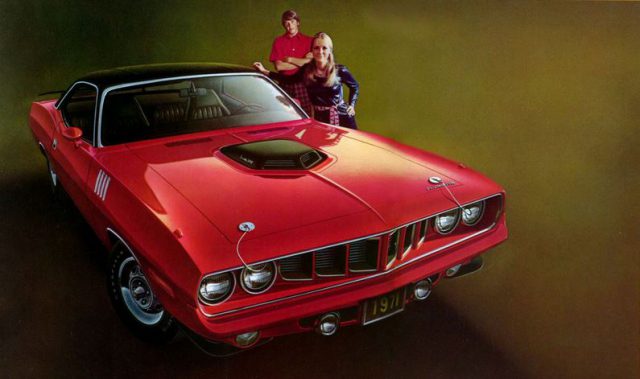 1971 saw a few changes for the Hemi ‘Cuda. The front end got a makeover consisting of four headlamps and a six-opening grille. The front fenders grew air extractors and the rear taillights were restyled with separate brake, turn signal, and backup lights.

Even with a slightly lower 10.2:1 compression ratio, the Hemi ‘Cuda was still a strong performer. It was still rated at 425 horsepower with 490 foot-pounds of tire-shredding torque. And just like last year, it could sprint from 0 to 60 in 5.8 seconds and finish the quarter mile in 14 seconds. And in case you’re keeping score, that’s 1.3 seconds faster from 0 to 60 and 0.9 seconds quicker in the quarter than the 1971 Mustang Mach 1 SCJ. 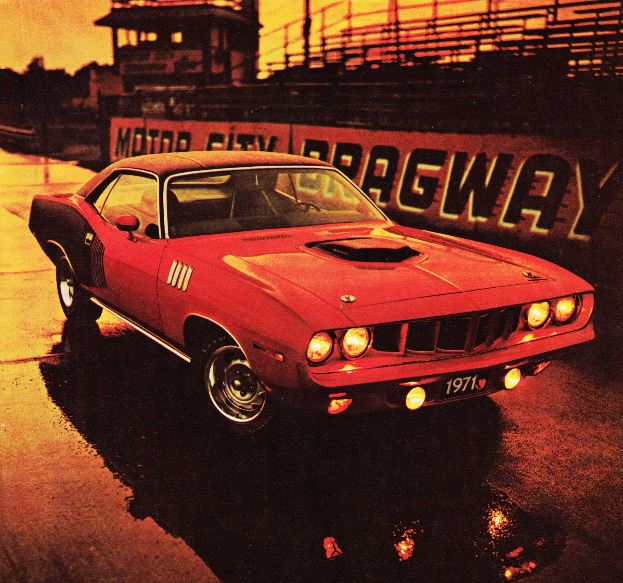 1971 saw even fewer Hemi ‘Cudas roll off the line. Only 108 hardtops and seven convertibles left the factory that year. This year was also the Hemi ‘Cuda’s swan song. With rising insurance rates and Uncle Sam’s tightening emissions stranglehold, the Hemi ‘Cuda’s time was growing short.

Hemi ‘Cuda prices, particularly convertibles, have skyrocketed in the last few years. At Mecum’s 2015 Monterey auction, ‘Cuda designer John Herlitz’s 1970 executive demonstrator convertible hammered for $2,250,000. In June 2014, a purple 1971 Hemi ‘Cuda convertible crossed the auction block for a cool 3.5 million at Mecum’s 2014 Seattle auction. To date, this is the highest amount ever paid at auction for a Mopar muscle car from the classic era. Also, an unrestored 1970 Hemi ‘Cuda hardtop brought $950,000 at Mecum’s 2016 Kissimmee auction.

The Hemi ‘Cuda was a big fish in a small pond. It never reached lofty sales numbers like the Camaro or Mustang, but it’s still just as legendary. And just like its underwater counterpart, the Hemi ‘Cuda is a ferocious predator with a manic attitude when confronted by a vicious aggressor. With this in mind, it may be best to stay away if you encounter one at a stoplight or see one approaching in your rear view mirror. The results could be lethal.