The 2019 Ford Mustang GT with Performance Package Level 2 is the latest addition to the Horsepower Garage. The PP2 was introduced during the 2018 model year for the Mustang GT. Back in 2015, we had the opportunity to drive the Mustang GT with the GT Performance Package. We walked away feeling it was one of the best Mustangs we’ve ever driven. The package, along with the Mustang’s new exterior styling, interior improvements, and fully independent front and rear suspension made it a serious contender against the Chevrolet Camaro SS 1LE. Now Ford has upped the ante with the Performance Package Level 2. Our mission was to put the PP2 through its paces over a long weekend and see if it lives up to the hype surrounding it. 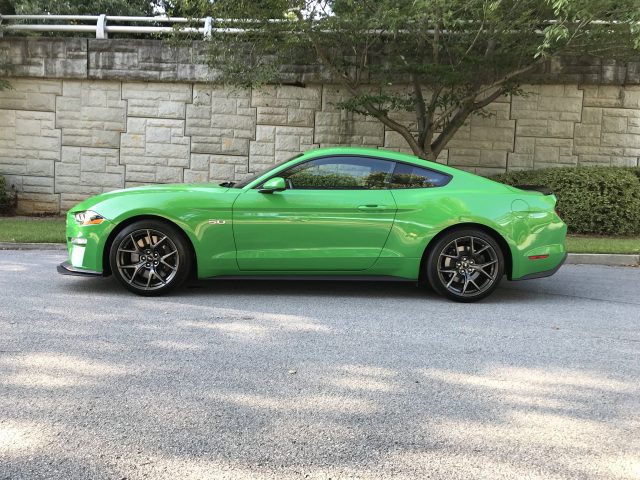 The Performance Package Level 2 is available for the Mustang GT fastback with six-speed manual transmission and includes the following equipment:

How Does It Drive?

The Mustang GT PP2 comes with the same Michelin Pilot Sport Cup 2 summer tires found on the Shelby GT350R. They grip like crazy, though can be a bit noisy. And even though they are wider than the standard GT tire, they still provide a decent ride without too much tramlining on the highway. They also pick up every little stone in the road. With that said, venturing down a gravel road isn’t advisable unless you want paint damage. You’re also going to go through them pretty quickly if you’re an aggressive driver. 5,000 miles is about the average lifespan for these tires so you might want to consider another set of tires for the everyday commute.

The MagneRide Damping System is another key component of the PP2. It works to help provide better handling, improved braking, and greater cornering abilities. It also helps to smoothen out the ride. It’s a great hand-me-down from the GT350 and without it, the PP2 would lose a significant amount of handling characteristics needed for those hairpin curves or those winding backroads you like to drive to on the weekends.

Rolling through the gears, we found the transmission to be pretty smooth. When shifting, you can practically feel the gears as they clink and clank together. It’s that satisfying feeling you get that’s hard to describe when driving a manual transmission. The only drawback is that the throws feel a bit long.

Our tester was also equipped with the Active Valve Performance Exhaust system. In our opinion, it’s a must-have if you opt for the PP2 package. The 5.0-liter V8 truly rumbles with authority with this exhaust, especially in the Track setting. And to keep your neighbors happy, there’s a Quiet mode. And even better news is this exhaust package only adds $895 to the price of the car.

One thing the PP2 doesn’t add is additional ponies to the Mustang GT. In stock form, the Mustang GT comes with 460 horsepower and 420 lb.-ft. of torque. It’s quite athletic and is capable of sprinting from 0 to 60 in 4.1 seconds and running the quarter mile in 12.6 seconds. There’s plenty of power when you need it for passing or for when you get the urge to lay a little rubber. The 5.0-liter Coyote engine is naturally aspirated and, in case you’re wondering, is 66 horsepower shy of the GT350. With tall gears and a 7,400-rpm redline, you can hit 70 mph in second gear.

The PP2 is a good alternative for those that want more performance than what the GT Performance Package provides, but aren’t quite ready for the ferocity of the GT500. With that in mind, the PP2 is more suited for the street instead of the track. Unlike the GT350, the PP2 doesn’t have transmission or differential cooling needed for track duty. 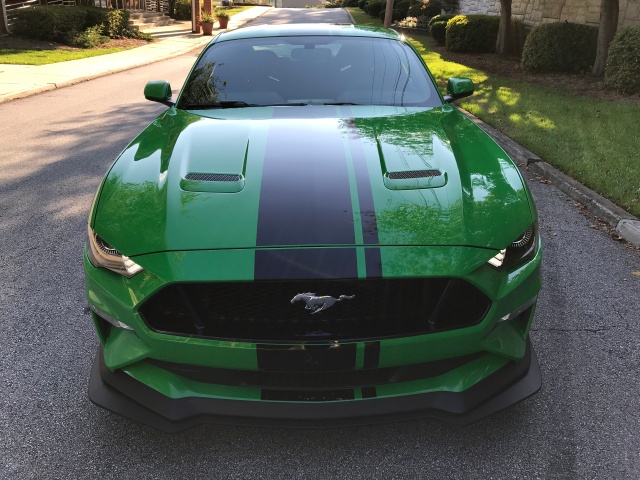 What Does It Cost?

Once you’ve driven the Mustang GT PP2, driving a “regular” GT will seem mundane. After you’ve been bitten by the PP2, there’s no antivenom. You’re going to want one. Period. Taking this into account, let’s break down the price of our test car.

Like we said before, once you’ve driven the Mustang GT with the PP2 Package, there’s no going back. You will be hooked. The PP2 is a good alternative to those that want Shelby GT350-like performance without the GT350 price. The Mustang GT PP2 ranks up there as one of the best all-around Mustangs we’ve driven. You get a lot of bang for the buck for a car that’s equally fun to drive around town as well as that twisty mountain road you love to cruise on the weekends.