In this edition of Muscle Car Milestones, we focus on the 1969 Dodge Charger 500. The NASCAR Aero Wars that fueled the late 1960s produced some of the fastest race cars of that era. Dodge’s entry in this hotly competitive segment was the 1969 Charger 500. It was built to take on the competition such as the Ford Torino Talladega. The “win on Sunday, sell on Monday” philosophy also created competition on the showroom floor, with Chrysler and Ford competing for sales of street versions of these aero warriors. 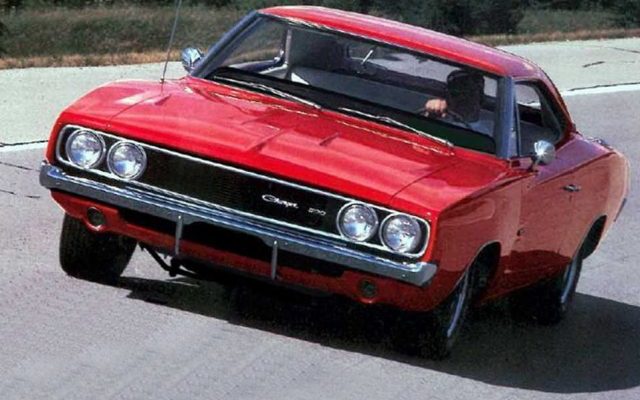 The Charger 500 was born out of a need to make the Charger more competitive in NASCAR racing. The Charger’s front grille and rear buttress sail panels were discovered to wreak havoc with aerodynamics on the track. To help the Charger cheat the wind, Creative Industries of Detroit was chosen by Chrysler to craft the Charger 500. Creative Industries made several modifications to create the aerodynamic features of the Charger 500. For starters, the Charger’s split grille was jettisoned in favor of a grille flush with the front of the car. They also removed the Chargers rear flying buttress window and installed a flush rear glass. An interesting touch that also helped to cut down on drag was the installation of chrome a-pillar covers.

The Dodge Charger 500 got its name from NASCAR homologation rules that dictate in order to race on the track, 500 similar cars must be made available to the buying public. However, most experts on the Charger 500 believe that Dodge fudged that number and only 392 were actually built. The vast majority of Charger 500s came equipped with the 440 Magnum and only a handful were built with the 426 Hemi. One possible reason why few takers opted for the Hemi was price. The Hemi added almost $650 to price of the Charger 500. While that may not seem like a lot of extra mullah, that equates to about $4,600 in today’s dollars. Both engines are available with either a four-speed manual or TorqueFlite three-speed automatic.

Car Life tested the Charger 500 Hemi for their September 1969 issue. They got a 0 to 60 time of 5.7 seconds and a quarter mile time of 13.68 seconds at 104.8 miles per hour. Car Life praised the Charger 500 for its suspension, handling, and cornering abilities. Capping off the article, Car Life stated “The something for nothing didn’t show up on the test track. The man who buys a Hemi expects the thing to run. The boggler to us was that the Chargers were happy doing dull things like being driven in traffic or cruised along the freeway at the legal limit and half the car’s top speed. No other NASCAR-in-disguise does both things so well.”

Sadly, the Charger 500 didn’t perform as well in NASCAR racing as it did on the street. It fell way behind in victories compared to the Ford Torino Talladega. Not willing to accept defeat gracefully, the engineers at Chrysler developed another aero warrior. Dubbed the Dodge Daytona, it featured a radical front nose cone and a huge rear wing. The 1969 Dodge Charger 500’s run might have been short, but it will always be looked at as one of the Aero Wars’ greatest warriors.