Partners in crime once again, Hertz and Shelby American have kicked of a three-year partnership, starting with the Mustang Shelby GT500-H and the Shelby GT-H. These 2022 Shelby edition Mustangs will be available to rent this coming summer. 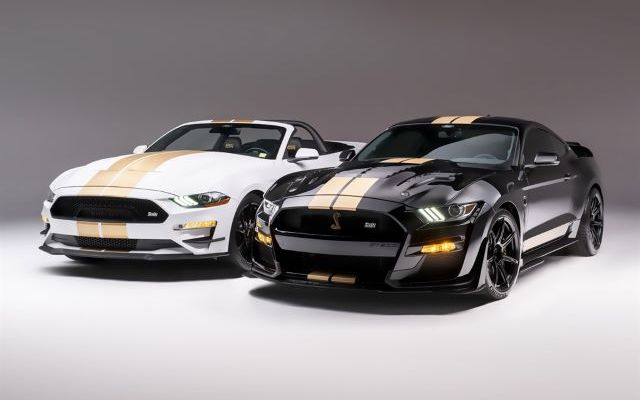 The Mustang Shelby GT500-H fastback features a 5.2-liter V8 with over 900 horsepower. In fact, it’s the most powerful rental car that Shelby has ever created. This beast includes aluminum forged mono-block wheels, performance spec tires, tinted windows, Shelby GT500-H badging, and driver- and passenger-side stripes. It will be available for rent in the cities of Fort Myers, Las Vegas, Miami, Orlando, Phoenix and Tampa.

The Shelby GT500-H celebrates its heritage with paint colors reminiscent of the 1960s Hertz fastbacks. Nineteen of the fastbacks will feature Shadow Black paint and six will wear Oxford White paint.

“Shelby American and Ford Motor Company changed the perception of American sports cars, starting with the Shelby Cobra in 1962,” said Joe Conway, CEO of Shelby American. “Shelby later teamed with Hertz to create the 1966 Shelby GT350-H, which immediately became one of the most exciting rental cars in the world. Together, we made history again with both a reborn Shelby-GT in 2006, 2007 and in 2016. Now we’re going even further with the first Mustang Shelby GT500-H, which is the most powerful rental car that Shelby has ever built.”

“Hertz and Shelby American have created driving magic again,” said Stephen Scherr, CEO of Hertz. “This partnership has made automotive history many times over the years, and we look forward to future collaborations that will continue to both push limits and delight our customers with exciting cars and experiences.”