In this edition of Muscle Car Milestones, we’ll look back at the 1984-1986 Ford Mustang SVO. The Mustang SVO was the first car conceived by Ford’s Special Vehicle [...] 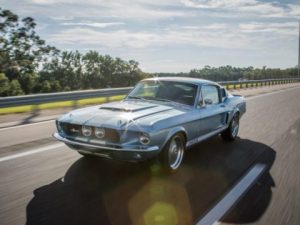 Wish you could travel back in time and get that classic Mustang you’ve always wanted? Well, wish no more! Revology Cars builds classic Mustangs with modern-day comfort and [...] Ford has created a unique Bullitt Mustang in Kona Blue to help raise funds for the Juvenile Diabetes Research Foundation. You could be the lucky winner of this special [...]

Ford reached a major milestone this week when it created the 10,000,000th Mustang. This legendary sports car rolled off the assembly line and into history on August [...]

The folks at Hennessey Performance recently celebrated an awesome milestone in their 27 year history. This builder and tuner of some of the most radical muscle cars and [...]