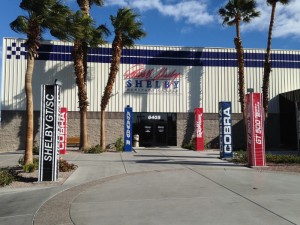 Shelby American announced details for the newest 2015 Shelby Mustang. Based on the 2015 Ford Mustang GT, the new Shelby Mustang is available with over 750 horsepower and will [...]

We are excited to have the 2015 Dodge Challenger SRT Hellcat in the Horsepower Garage. This supercharged beast is Dodge’s latest addition to the Challenger lineup. We were [...]

In this edition of Muscle Car Milestones, we’ll explore the 2010-2015 Chevrolet Camaro. Introduced as a concept at the 2006 North American International Auto Show, this [...]

In this edition of the Muscle Car Time Machine, we turn the clock back to the year 1973. This is the year the Sears Tower opens in Chicago, Pink Floyd releases their “Dark [...]