With the return of the Charger and the Challenger, Dodge is once again back in the muscle car business. It’s really great to walk up to a magazine stand and seeing all the monthlies featuring muscle car shootouts with Chrysler, Ford and GM. Heck, it’s almost like the 60s all over again. What an exciting time to be a muscle car fan. Here are some of our favorite Mopar muscle cars from that last few years. 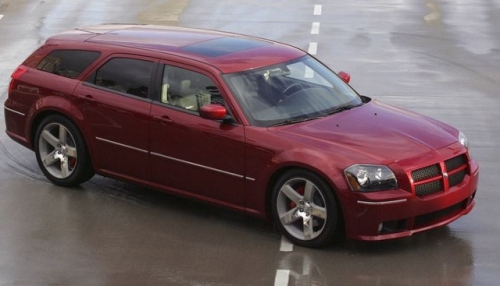 We never thought a station wagon would ever make one of our favorite muscle cars list. However, this one is just too cool not to like. How many wagons can go from 0–60 in 5.1 seconds and run the quarter mile in 13.1 seconds? All that speed is courtesy of a 6.1-liter HEMI engine churning out 425 horsepower. With its 20-inch wheels, aggressive fascia, and Brembo brakes, the Magnum SRT-8 also had the good looks to back up all the wickedness it conjures. Since its demise in 2008, there have been rumblings within Chrysler that the Magnum may return at a future date. 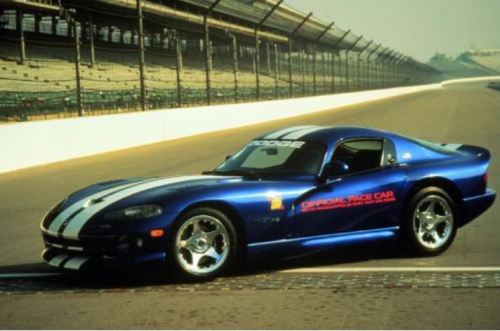 When Dodge introduced the Viper in 1993, it produced a venomous 400 horsepower through its V10 powerplant. That was 100 more horsepower than the base Corvette but about equal to the ZR-1. The Viper was quite fast with a 0–60 time of 4.6 seconds and could reach 100 mph in 9.2 seconds. One of our personal favorite, the GTS, was released in 1996. The GTS featured a raised roof design allowing the usage of helmets. The GTS was also chosen that year as the official Indianapolis 500 Pace car. Dressed in blue paint and white stripes, it is one of our all-time favorite pace cars.

Hot tip: First generation Vipers are plentiful on the used car market. However, depending on the model, they can command a premium price.

If the idiom beauty meets beast ever applied to a car, it would be the Chrysler 300 SRT8. This car features an elegantly styled exterior with a plush interior but with a dark side underneath it all. Pop open the hood and behold the 470 horsepower HEMI leviathan just waiting to be awakened. The SRT8 also features an adaptive damping suspension with auto, sport, and track modes. Another cool gizmo is the Uconnect touchscreen SRT Performance Pages which features data such as horsepower, torque, 0-60 times, and quarter mile timing. After all, don’t you want to know what’s going on outside while sitting inside the belly of beast?

Hot tip: The 300 SRT8 brings sophistication to the modern day muscle car just like its predecessor from the 1950s and 1960s. 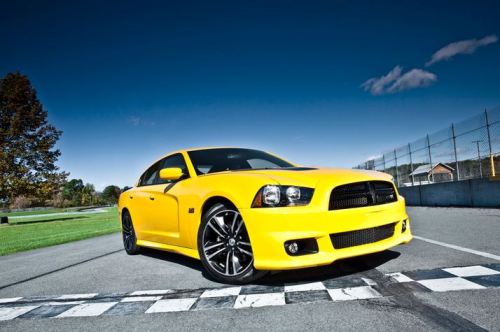 Remember the 1969 Charger concept from 1999? Its sweeping lines and retro-themed styling was striking to say the least. Even as a sedan, this car looked mean and ready to take on anything on the street at the time. Fast forward to 2006 and Dodge finally brings back the Charger. Gone is the radical styling that graced the concept but Dodge kept the performance theme going with the R/T and SRT8 models. Horsepower ranges from 370 in the R/T to a mammoth 470 for the SRT8. This is definitely one of the hottest sedans on the road today.

Hot tip: Those who like a little retro in their Charger can opt for the Super Bee. This package includes Super Bee graphics and badges and comes in colors such as Plum Crazy and TorRed. 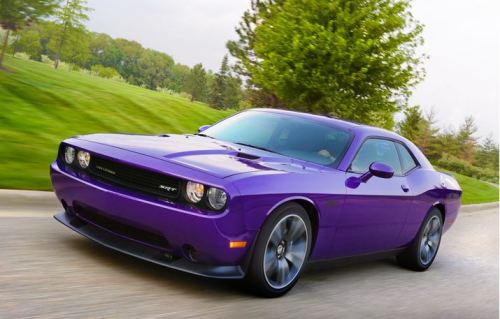 For 2008, Dodge finally decided to get back into the pony car wars by bringing back the Challenger. Last seen in 1983 as a rebadged Mitsubishi, this third generation model came with retro styling reminiscent of the 1970 model. Speaking of retro, the R/T Classic brings back the dual R/T side stripes and functional hood scoop from the early 70s.

Hot tip: Drivers wanting something different should look for the Kowalski Edition if you can find an owner willing to part with it. Supposedly, only 10 were built. 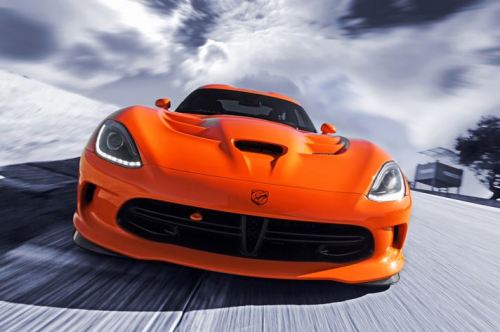 For 2014, the third generation Viper moves from the Dodge brand to the new performance SRT marque. Power is supplied by an 8.4-liter V10 engine churning out 640 horsepower. Is it fast? That’s like asking does a bear poop in the woods. Yes, the Viper can sprint from 0–60 in 3.5 seconds and can run the quarter mile in a little over 11 seconds. We have to admit, we like the look of this new Viper. We weren’t that crazy about the styling of the second generation. Styling for this new car is definitely closer to the original design. 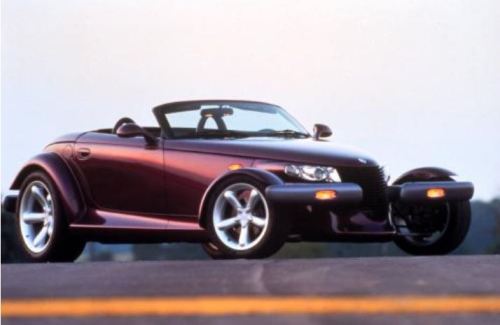 We’re probably going to catch a little flack for this one. Is it or is it not a true muscle car? Well, in our book, you have to give Chrysler a little credit for just building it. This car looks like something that would be built by Boyd Coddington and not a major auto manufacturer. One gripe we have with the Prowler is the lack of an optional V8 or manual tranny. However, with the 3.5-liter V6, the Prowler could go from 0–60 in 6 seconds. That’s pretty good but nothing spectacular. These still grab our attention every time we see one cruising the boulevard or rolling down the highway with the top down.

We hope you enjoyed checking out our latest feature about our favorite modern Mopar muscle cars. It’s great to see the horsepower wars among the Big Three are still going strong. Chrysler keeps fueling the fire with new versions of the Charger and Challenger coming out in the next few months. Rumors are flying that the Barracuda will once again rule the streets. We’re sure Nash Bridges would approve.