The 2015 Chevrolet SS is the latest addition to the HM Garage. This thunder from down under luxury sport sedan was released stateside last year and we’re thrilled to have the opportunity to drive it. We recently spent a week behind the wheel getting to know Chevy’s latest contender to wear the SS badge. There’s one question we kept asking ourselves. Is it a worthy successor to the 1994-1996 Chevrolet Impala SS? Stay with us and find out. 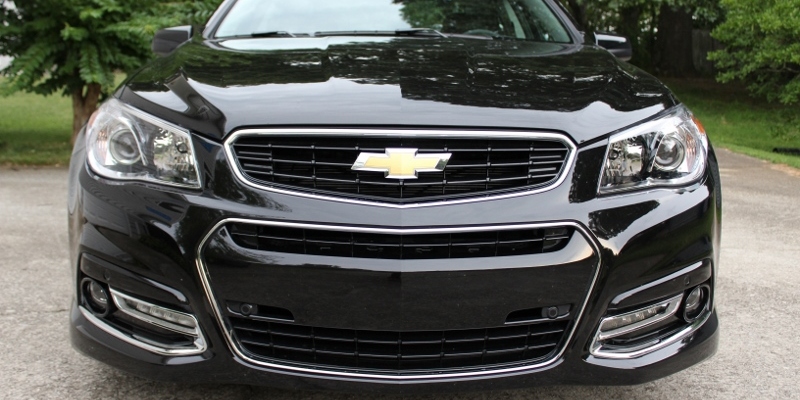 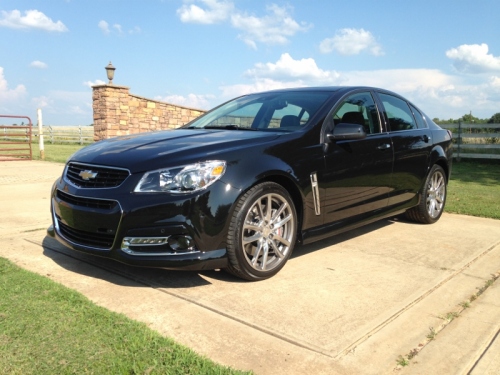 Hello Chevrolet SS. When last we saw thee, you wore a Pontiac crest and called yourself the G8. It’s hard to believe that was six years ago. Since then, General Motors has been without a proper full-size performance sedan. Granted, the 2006-2007 Chevrolet Impala SS hinted at what could be but with its bland styling and front-wheel drive, it simply missed the mark. Now with the SS, Chevrolet has a proper heir to the Impala SS that it’s needed for almost 20 years. 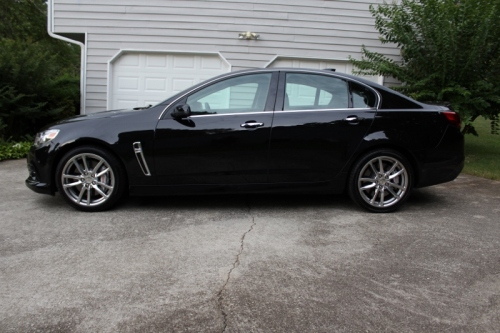 Before we grab the keys and hit the road, we give the SS a quick walkaround. Aside from the 19-inch forged aluminum wheels, dual chrome exhaust, and rear spoiler, there’s little to give away the SS is actually a performance sedan. Sure, it shares styling cues with the Impala and Malibu but that’s where the similarities end. Think of the SS as a wolf in sheep’s clothing. It looks harmless at first glance but there’s more than meets the eye underneath that disguise as we’ll soon find out. 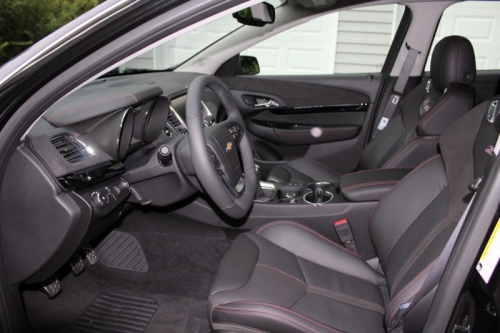 Right out of the box, the Chevrolet SS comes fully loaded with all the amenities you’d expect from a performance sedan. The heated and ventilated driver and passenger leather seats are 10-way adjustable with power lumbar and memory for three driver presets. We found them to be quite comfortable with just the right amount of bolstering. The flat-bottom steering wheel along with the aluminum alloy pedals are racing-inspired touches that add to the sporty feel of the SS. Faux suede inserts that adorn the dashboard and door panels give the SS a little swagger. The dashboard layout is clean with minimal controls that are within easy reach of the driver. The SS also comes standard with navigation, color heads-up display, and park assist. The only interior option for 2015 is a power sunroof. 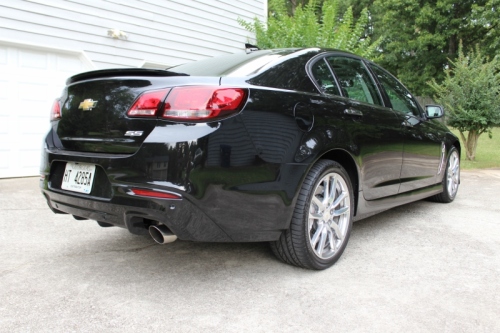 Underneath the hood is a 6.2-liter LS3 V8 generating 415 horsepower and 415 lb-ft pounds of torque. It’s capable of propelling the SS from 0 to 60 in 4.5 seconds and sprinting the quarter mile in 12.9 seconds. Even with a couple extra doors, those numbers are a carbon copy of the Camaro SS’s performance stats. And the news just keeps getting better. New for 2015 is a no-cost six-speed manual transmission and magnetic ride control. Both add tremendously to the overall driving experience of the SS. The Tremec TR6060 has short and precise throws and would easily chirp the tires between first and second gear. The clutch isn’t too light or too heavy so driving in heavy traffic didn’t give us cramps. Our only gripe regarding the manual is the bothersome skip-shift feature. However, after getting a feel for the manual’s shift points, we could usually sidestep around it. 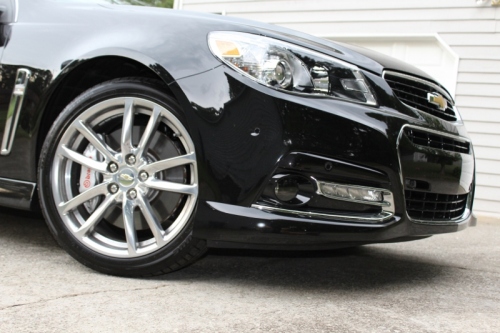 One feature that took us by surprise is how great the SS rides and handles. Magnetic ride control really sets this car apart from other sport sedans out on the open road. We felt it adds immensely to the overall ride quality of the SS. The result is a refined ride that is firm but isn’t stiff or unforgiving. The magnetic ride control features three driving modes…Tour, Sport, and Performance. We tried all three to see how each setting changed the overall driving dynamics of the SS. Honestly, other than a slightly deeper exhaust tone, we didn’t feel much difference between the three so we usually drove the SS in Sport mode. In addition, the MacPherson-strut front suspension with a direct-acting stabilizer bar also helps keep the SS firmly planted on the road on the twisting back road curves we like to drive when testing cars. 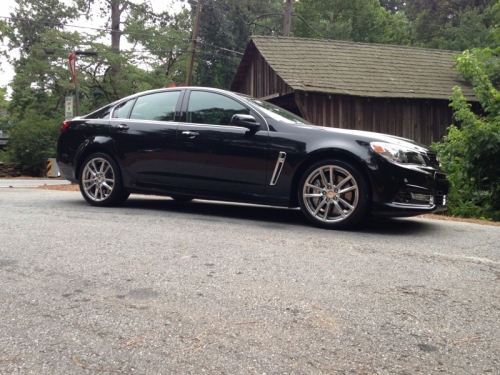 Speaking of exhaust, the SS’ exhaust tone did seem a bit subdued for our taste but would produce plenty of snap, crackle, and pop when suddenly letting off the throttle or holding a gear a bit long. The SS would definitely benefit from a more aggressive exhaust system from the aftermarket world.

Gas mileage also mirrors that of the Camaro SS. During the week in combined city/highway traffic, we averaged 17.8 mpg. 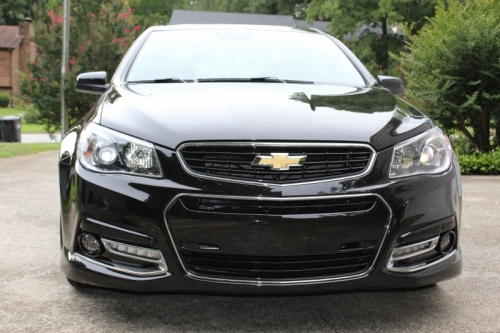 At first glance, the SS’ 47,640 sticker price is a bit hard to swallow. However, keep in mind the SS comes fully loaded with just about any amenity you could expect in a luxury performance sedan. Compare that price to the BMW M5 and the Mercedes-Benz C63 AMG and you quickly realize the SS is quite a bargain. Searching the web, we found prices for used or certified pre-owned can be closer to $42,000. 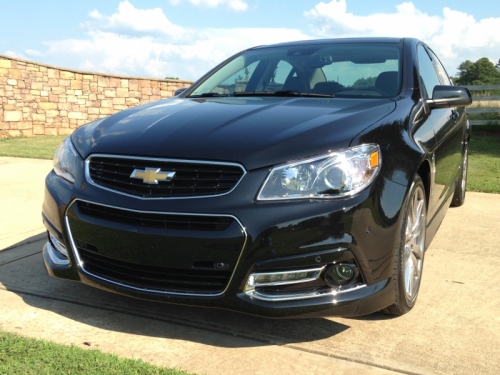 So…is the SS a worthy successor to the 1990s era Impala SS? We believe so. We also feel the SS is a good fit for those wanting a Camaro but need the flexibility and convenience of a four-door. And where else are you going to get a sport sedan with a manual transmission, Brembo brakes, and magnetic ride control as standard equipment? Granted, it doesn’t have the aggressive looks that made the Pontiac G8 GXP a modern-day cult classic but performance-wise, it can hold its own against almost any performance sedan out there. Plus, as a limited production vehicle, you get bragging rights to owning something unique that you don’t see on the road every day. If you’ve been considering the Dodge Charger or Ford Taurus SHO but weren’t convinced these were right for you, give the SS a test drive. You may come away feeling it’s what you’ve been looking for in a sport sedan.