“With chassis adjustability unlike any vehicle in its peer group, the Camaro ZL1 1LE challenges supercars from around the world regardless of cost, configuration or propulsion system,” said Al Oppenheiser, Camaro chief engineer. “To make up more than a second per mile on the Nordschleife compared to the ZL1 automatic is a dramatic improvement and speaks to the 1LE’s enhanced track features.” 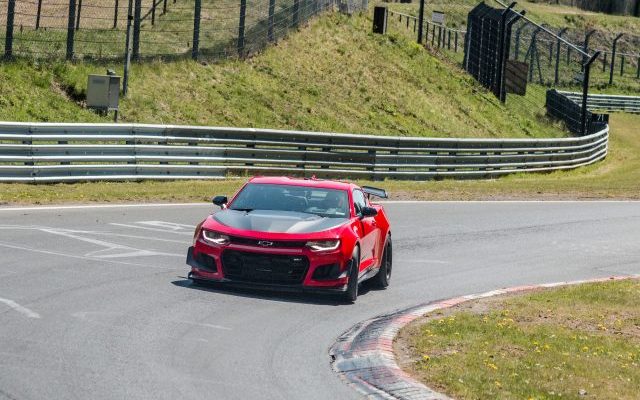 No special modifications were made to the ZL1 1LE test car. The ZL1 1LE ran the track on production Goodyear tires with its suspension set for peak track performance.

“The harder you push the Camaro ZL1 1LE, the more it rewards you on the track,” said Bill Wise, Camaro ride and handling engineer and the driver of the hot lap. “It offers total control, with the confidence that it will deliver lap after lap.”

Look for the 2018 Chevrolet ZL1 1LE to go on sale later this summer.