The 2021 Ford Mustang Mach 1 will soon make a triumphant return to a track near you. In fact, the new Mach 1 will be the most track capable 5.0-liter powered Mustang ever [...]

After much rumor and speculation, the Ford Mustang Mach 1 will once again hit the streets this spring. Power will be courtesy of a 5.0-liter [...] 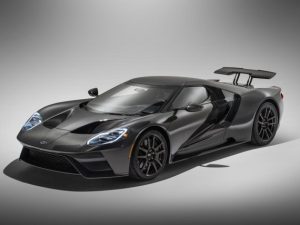 The Ford GT gets two new appearance packages for the 2020 model year. The Liquid Carbon and updated Gulf Livery packages are just part of what’s new for the 2020 Ford [...]

The folks at Shelby American introduce the all-new Ford Shelby Super Snake “Bold” Package. This package is set to be one of the most exclusive packages ever offered by [...]

Ford, along with Herrod Performance, announces the limited-edition Mustang R-SPEC. Normally, a special edition Mustang like this would get us excited. Only problem is, this [...]

The 1969 Ford Torino Talladega gets top honors in this edition of Muscle Car Milestones. Named after the famous 2.66-mile Alabama race track that opened in 1969, the Torino [...]

The 2019 Ford Mustang GT with Performance Package Level 2 is the latest addition to the Horsepower Garage. The PP2 was introduced during the 2018 model year for the Mustang [...] 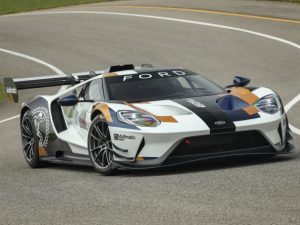 Ford and Multimatic unveiled the track-only version of the Ford GT at this year’s Goodwill Festival of Speed. This racer is available now, but production is limited to 45 [...]